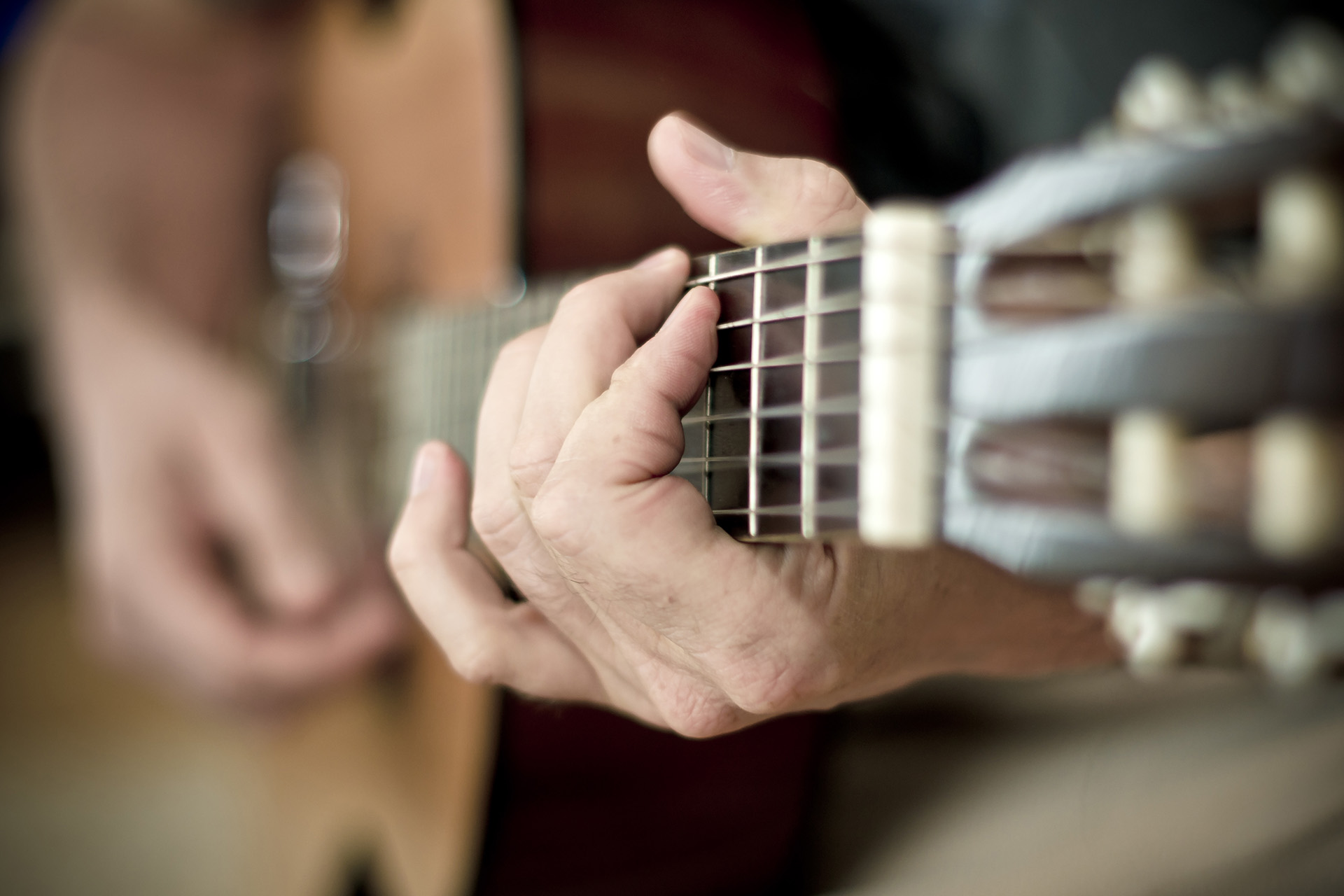 Dr. Anjan Kaushik is Fellowship-trained in hand, wrist, and elbow surgery and can provide specialized care.  If your pain is not improving or you have had a recent injury that results in a change in your daily function, please call our office and request an appointment at 765.521.7385.

He cares for many conditions including:

OSTEOARTHRITIS OF THE HAND

Arthritis of the hand is a common condition that develops with wear-and-tear of our joints as we age.  The cartilage lining of the joints breaks down over time, leading to bone-on-bone contact and formation of bone spurs.  There is increased stiffness and swelling in several finger joints, and it usually affects both hands.  There can also be pain in the finger interphalangeal joints, and other joints in the wrist can be affected.  Weakness of grip and pinch can also occur as hands become more arthritic over time

The most common cause is increased age, and many people are genetically more susceptible to getting arthritis.  Women are more likely to get hand arthritis, and obesity may be a risk factor for higher chances of getting arthritis.  Trauma, such as fractures and joint dislocations, can also lead to arthritis.

Hand arthritis symptoms include finger or wrist stiffness, joint pain and swelling, and weakness.  Bone spurs, or osteophytes, can become enlarged and cause cysts at the interphalangeal joints known as mucous cysts.  Joints tend to become enlarged, especially when inflammation worsens over time.

Most treatment for hand and wrist arthritis is non-surgical, including anti-inflammatory medications, activity modifications, joint sleeves or padding, splinting, and hand therapy exercises.  Often a steroid injection can help reduce inflammation and pain in affected joints.  Surgical treatment includes options such as joint replacement (arthroplasty) or joint fusion (arthrodesis), which are effective for relieving pain.

Dupuytren contracture occurs when tissues in the palm become thickened and lead to rigid bands in the hand that can lead to finger deformities.  The layer known as palmar fascia, which is a superficial connective tissue layer beneath the skin, can form collagen nodules and cords in the palm, which lead to flexion or curling of fingers into the palm.  Usually these cords are not painful, but sometimes these finger contractures can become severe enough to affect daily functional activities such as gripping and basic hygiene.

Several genes have been identified that contribute to a higher risk of getting Dupuytren contracture. Family histories often reveal that patients’ family members also have some degree of this condition. The contracture is more common in men than women, and usually appears in middle age. Most patients who develop this condition have northern European descent. Tobacco and alcohol use, as well as diabetes, can increase the risk.

Patients with mild cases of Dupuytren disease have thick nodules or pits in the palm, but in more severe cases these can thicken into linear cords that draw fingers into flexion toward the palm. These are usually not painful, but can lead to loss of range of motion and grip strength in the palm. Both hands are often involved. The ring and small fingers are most commonly affected, but the contracture can affect any finger. It may be time to seek treatment when the hand cannot be laid flat on a table. In severe cases known as Dupuytren diathesis, the entire hand can become involved, and the soles of the feet can also develop nodules and contracture (Ledderhose disease).

Mild cases can be treated with benign neglect, where no treatment is necessary. If the contractures worsen, options include collagenase enzyme injections to break up the Dupuytren cords, or percutaneous needle release (fasciotomy) of the cords. Open excision of the cords (fasciectomy) involves making a surgical incision to carefully remove the abnormal tissues.

Trigger finger, also known as stenosing tenosynovitis, is a condition of the palm in which the flexor tendons that bend the finger become entrapped within a section of the tendon sheath.  The tendon sheath is a tunnel that wraps around the tendons in each finger, and one area known as the A1 pulley commonly becomes inflamed and thickened.  This leads to a constriction of the tendons, and loss of their normal gliding.  When this happens, the finger begins to catch or lock into a bent position.  This can become severe enough that the other hand has to be used to extend the finger, or sometimes the finger remains stuck in flexion and cannot be opened.

Finger triggering is a common tendinitis that usually occurs from repetitive overuse such as typing and manual labor, but often a finger can begin triggering without any known cause.  Patients who have arthritis, diabetes, thyroid disease, or autoimmune diseases such as rheumatoid arthritis are more susceptible to getting trigger fingers.  Some medications can also lead to trigger finger.  Triggering can happen at any age, even in children.

There is usually pain at the base of the finger in the palm, at the location of the A1 pulley. The finger may catch or become stuck in a flexed position, and there can be significant stiffness of the finger. Often there is also swelling of the joints in the fingers. This is commonly worse in the early morning but can persist throughout the day

This condition can usually be treated non-surgically, with anti-inflammatory medications and activity modifications such as avoiding repetitive movements that aggravate the finger.  Steroid injections into the A1 pulley are quite effective at reducing pain and triggering.  If injections and non-operative strategies do not help, the surgery involves making a small incision to release the A1 pulley so that the tendons can glide smoothly.

Ganglion cysts are fluid-filled, rounded sacs that can arise in the wrist or hand.  These cysts are filled with synovial fluid that comes from joints or tendon sheaths.  If the cyst arises from a joint, there is normally a deep stalk going down to the joint.  The most common location is on the back surface of the wrist (dorsal) or the palmar surface of the wrist (volar).  Other locations include in the palm near flexor tendon sheaths, known as retinacular cysts, or on top of the farthest joints of the fingers near the nail beds, known as mucous cysts.  Ganglions are benign cysts that often cause no pain or problems, but can occasionally become painful or limit range of motion of the wrist or fingers.

Often, these cysts originate without any known cause, and can be from repetitive overuse of a tendon or joint.  Chronic or acute trauma to the wrist can also lead to ligament or joint capsule injuries, which allow fluid to leak out of a joint and create cysts.  Arthritis can lead to cyst formation as well, especially mucous cysts in the fingers.  Ganglions are slightly more common in women and can occur at any age, even in children.

Cysts present as a bump or mass in the soft tissues of the wrist and hand. Usually the masses are soft and measure 1 to 3 cm in size, but some cysts can be rigid or larger. If the cyst arises from a tendon sheath, it may move with the tendon, but usually the cyst adheres to the deeper tissues and does not move. The ganglion may swell and enlarge at times, and shrink at other times. The cysts may be painful, but often there is no pain. They can occasionally cause loss of range of motion of a joint or loss of strength.

Ganglion cysts that are not painful and do not affect function can be left alone and observed over time. If a cyst becomes painful, treatment options include aspiration (fluid removal) of the cyst, or surgical excision of the cyst. There is a high chance of recurrence with simple aspiration, but surgical removal has low recurrence rates.

Arthritis at the base of the thumb, known as carpometacarpal (CMC) joint arthritis, is a gradually progressive condition of the thumb from degenerative ‘wear and tear’ and instability.  This joint, which serves as a junction between the thumb metacarpal bone and the remaining wrist bones, sees a large number of forces in multiple directions.  As a result, the ligaments that stabilize the thumb CMC joint can become lax or rupture over time, and this leads to instability and eventually arthritis.  Sometimes an injury to the thumb basal joint (such as a fracture or dislocation) can also lead to post-traumatic CMC arthritis.

Females are more likely than men to have symptoms of basal joint arthritis, and this may be associated with hormone changes around the time of pregnancy and menopause. However, men also commonly develop arthritis at this joint. There has been some evidence for a genetic predisposition for arthritis in this joint, so it is common to see affected family members across multiple generations. In addition, patients with conditions of excess joint laxity such as Ehlers-Danlos syndrome are more at risk to develop thumb CMC arthritis.

Symptoms of thumb CMC arthritis include pain with pinching and gripping, and weakness with daily activities such as handshaking or jar opening. Carpal tunnel syndrome, which presents with hand tingling and numbness, also commonly occurs along with thumb CMC arthritis. X-Rays can be taken to evaluate for the severity of arthritis, but CT or MRI are usually not necessary. A patient’s clinical symptoms may not always correlate with the degree of arthritis on X-rays, so treatment should be directed toward painful or unstable arthritic joints.

Non-surgical treatments are oriented toward symptom relief but do not remove the arthritis from the basal joint. These options include thumb braces, anti-inflammatory medications, physical / occupational therapy for ergonomic adaptive devices and strengthening of muscles around the thumb, and steroid injections in the thumb CMC joint. Injections often provide significant relief but are temporary in effect. There are many surgical techniques for treatment of thumb basal joint arthritis. The most common procedures involve removal of the trapezium (the bone most severely affected) and some form of reconstruction of the ligaments around the thumb base to stabilize the metacarpal bone. Tendons near the wrist may be used to make a cushion within the joint or to create a suspension effect that stabilizes the thumb base.